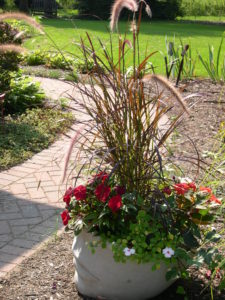 Tonight I was moved by a passionate, heart-opening concert by John Flynn on Folkstage (WFMT). Often we don’t know the effect we have on others, how even a kind word or smile can make a difference. We do it naturally and rarely hear that it made someone’s day, lifted their spirits, or inspired them. Here is my John Flynn story.

I first met John Flynn after the Folk Festival extravaganza hosted by Rich Warren in 2007. I volunteered to work the CD tables, selling for one of the other artists. Afterwards, I talked with singer/songwriter, Greg Greenway (who I knew). I gave him my (then) new CD, Full Blooming: Selections from a Poetic Journal. John was standing right there, wearing a stylishly tilted fedora, and said playfully, where’s my copy? As it happened, I had brought another CD with me and I gave it to him. They both asked me to sign my CD for them, as I asked them to sign theirs for me.

That night I wrote this poem of unexpectedly feeling…belonging—instead of my usual tongue-tied, feeling-on-the-outside, blushing paralysis. Thank you! I still remember and it meant a lot to me.

As you said tonight, John—challenged us all—everyday to do what good we can do in this world. Especially right now. I am telling you, so that you know, you inspired me.

For Greg Greenway and John Flynn

(For some reason, or no reason,
to be read in a slight drawl)

So natural like
I was one of the guys
for 10 easy bliss minutes
as if I had always been.

No over-thinking
no shy, red face
just joking as if
this is who I am

Not to make too much of
what was just after all
two fine singers talking to me
after a really good show.

But I have to say this
at least just once:
thank you for your songs,
for your smiles in my direction,

thank you for accepting my offering
and treating me…well…
treating me well…as if
I was just one of the guys,

the roving troubadours
who have something to say
and the heart and passion
and drive to do it.

As if…
you saw who I am
right through my skin
deep down, those bleached bones.

So natural like
I was one of the guys
for those 10 easy bliss minutes
as if I had always been.

This is the first of two poems inspired by John Flynn.