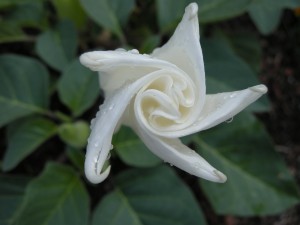 In the guise of advice on gardening

Something hidden is percolating
bubbling away, fermenting, brewing.
Something is cocooning, gestating
shaping a future shoot to break through.

Right now it looks like nothing.
From the outside the process seems blank
the absence of anything.
But no, believe me I have seen

I have been in and come out of.
You are healing, releasing, absorbing
as the shift happens from then to now
to what is coming.

If you forgot to trust
remember now…to rest
in the arms of. To not fret
(what is the point…

as energy leaks out your feet).
Trust your patience will bear fruit.
It always has…and will now.
Actively wait for it…as you plant

what you want…and no more.
We trust you
to do what you need to.

I have been writing a poetic journal for 25 years, following healing from multiple sclerosis. This poem (from April, 2016) feels right for today. And still good advice. Take good care. <3 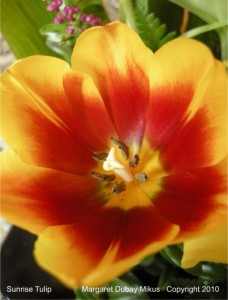 In April, 25 years ago, I healed from multiple sclerosis and then left my job teaching in the Biology Department at Lake Forest College. I didn’t know where my life was going from there, but I had a wispy notion that it involved music and healing.

For 8 years I’d been singing alto in the Waukegan Concert Chorus (WCC). Our conductor was going through a rocky period and I wanted to write something to support him. I tried writing a letter, but nothing came together.

That summer, my husband and I were listening to a Chicago classical radio station and heard about a concert that night at Ravinia, a nearby popular outdoor music venue. This concert was Montserrat Caballe, a Spanish operatic soprano we had not heard before. We got two inexpensive seats on the lawn.

As it turned out, the people around us were more interested in talking than in listening to the music. Frustrated, I went and stood behind the pavilion where I could see her performing. She sang Spanish folk opera in a lighter voice and then for an encore, three classic opera arias. The hair stood up on my arms. I could feel the full power and heart connection of her singing. I thought that the healing vibration of the notes would soak into even those who were not paying attention.

At home, as I was doing my nightly stretching, getting ready for bed, words began lining up in my head, “There was a Teddy bear tall and true who sat on a throne…” The words felt very compelling, but it was late. Still, I thought, if I don’t write them down, they’ll vanish. I got up from the floor and began handwriting in a spiral notebook, several pages in all. There were gaps I left blank where I knew something was supposed to go. I worked on the piece for a week. Although I was interested in writing, I had never done anything like this before.

On a sunny Saturday morning I knew the piece—a poem—was done. My heart beating fast, I went outside and asked my husband if he would listen to it. He said poetry was not really his thing, but agreed to listen. I read it to him and later to my voice teacher, Kip Snyder, who was the vocal techniques coach for the WCC. My voice lessons were in the room next door to my conductor’s office. Kip treated my poem as if it was a normal thing that people did. And we talked about how I wanted to present the poem to my conductor.

I wanted him to hear the poem the way I had heard it. I had a boom box with a REC button, so I got a blank cassette and gave it a go. The first time through my reading was too fast, the second time was a more conversational pace, about 5 minutes long.

Since the poem is a fable, it takes place in another world. I wanted to indicate this so I tried printing it on various illustrated papers and played with fonts. I chose one with misty pine trees on the side and a kind of medieval font. I also got a Teddy bear (on sale at Kohl’s) that was very dignified with a plaid bow. And I wrote out the story of how the poem had come to be.

When I gave it all to my choral director—the poem on special paper, the cassette with my reading, the bear, and the handwritten account—I asked him to sit and listen to the recording before reading it.

It was several months before I heard back from him. He burst into my lesson one day (which had never happened before). He was very happy with the poem, etc. I was so surprised I later didn’t remember any details of what he’d said, only the feeling. It was as if a lightening bolt went from his open heart to mine. It was quite astonishing.

As it turned out, he did stay with the chorus for another couple years (including the year I had treatment for breast cancer) and he then left the WCC. Shortly after, I also left.

At the time, I thought that someone might illustrate the poem—like a children’s picture book—and with the recording, it could be sold to support the chorus. Instead, it sat in my computer for all these years. Every so often I would think of doing something with it, but nothing ever happened. Shortly after I wrote “The Vision,” I began a poetic journal, writing poems with a healing intention. With my first cancer diagnosis had come more writing and more healing. And life moved on. I continued writing and the poems became the core of my new life, with greeting cards, books, recording, a workshop series, a website….

Why bring “The Vision” back now in this strange, chaotic time? At first, I wondered if I could even find the poem. I didn’t have the word processing program to read it on my computer any more, but a written copy was in my office files and I retyped it in.

I didn’t know if I would still like it. The writing style is very different from almost all my other work. Twenty-five years of practicing writing craft and living life led me to write in quite a different voice now. But as I read the poem and got to the end, I knew I had to let it go out into this world, at this particular time, to do what healing was possible from the divisiveness and harshness of today. “…Then the world could be changed / based on love and not fear…”

Recently I asked a number of people to read “The Vision” to get their feedback and ideas. Thank you so much to Melissa, Midge, Carol, Mary, Crystal, Marie, and Carol! Your positive comments encouraged me to take the leap and let this poem go. For now, it is a blog post and poem-video. I am working on a chapbook illustrated with my photos.

So…25 years ago, with this first poem, the writing, the recording, the visual, the design of the “whole” was all laid out, as I followed my heart’s longing and healing intention. From not knowing what direction to take, with just a wisp of an idea, my new life began. Weaving these poems used all aspects of me, what I thought, read, felt, experienced, what stories I was told or my own stories, all of my life, no parts left out. And the writing could then go out and help others, my dearest wish. It all began with this one poem and following an inner prompt to write it and let it go.

We can all be of service in various ways, however large or small, during this extraordinary pandemic time. What is your role to play? What has your heart been longing to do? Tell me your story. 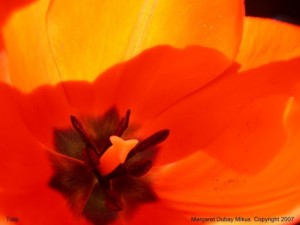 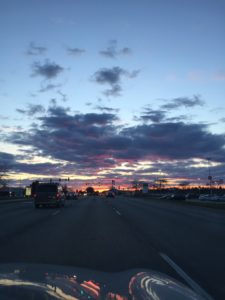 “…How to remember grace and be grateful?
How to be patient and trust…
enough?”

From Poem 39, “How to Not Feel a Failure,” in my book, Thrown Again into the Frazzle Machine: Poems of Grace, Hope, and Healing. Listen to poem here: https://youtu.be/BC2X7WMQmT8

You’ve probably had days (or longer) when you were most aware of not succeeding at what you most desired, had focused all your energy on. For me, on this particular day writing this poem, it was all the healing that had not happened, all the “failures.” I was not thinking about all the problems I no longer had, the MS being gone, cancer not a factor, being able to walk easily…and on and on. All problems that at one time were my primary longing. No, I was most aware of all the healing working its way into my attention, what was yet to resolve. And now, from this vantage point, 7 years later, most big problems of that time are gone. It is good to remember… 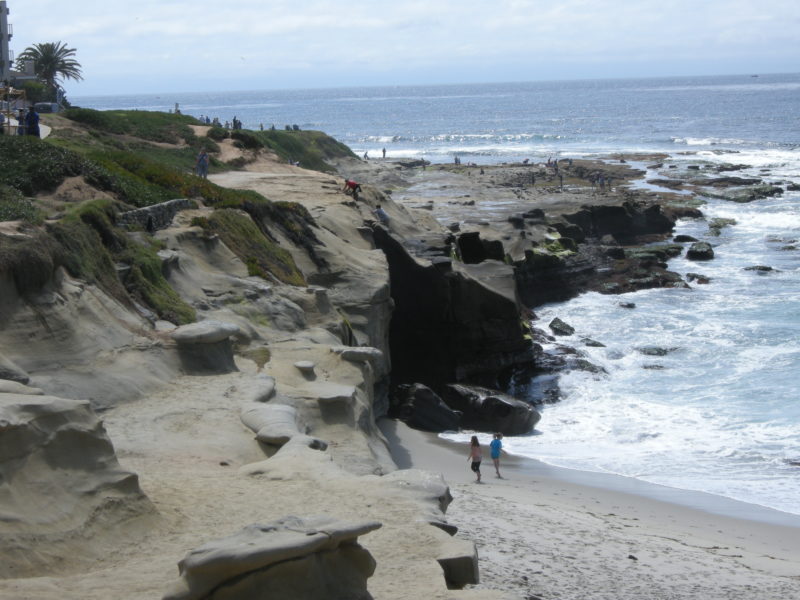 “It is hard to be
out of sync with my body.
The body speaks and
I don’t listen,

From poem 36, “Perfectly Imperfect,” in my book, Thrown Again into the Frazzle Machine: Poems of Grace, Hope, and Healing.  Listen here: https://youtu.be/x5pfX7iigzs

Although I am in some ways the same, I am also different now from the woman who wrote these poems 7 years ago, however revealing and personal. I made it through the times described in the book, to the “other side.” The nature of healing and transformation, of course, is that you are changed at the end. When reading these poems for you now, I inhabit them (and her), open my heart, and deliver. With a bit of distance, I perceive things I was not able to see then. But I am aware of the changes, even the way I write has changed.

I began a poetic journal after healing from multiple sclerosis 21 years ago. My creativity was “cracked open.” The poems act as a kind of truer memory, the details and emotions of an event written down at the time are not subject to the fogginess of remembering things only in my head. If you’ve ever compared recollections of growing up with your siblings, you know what I mean.

I am stubborn, persistent, and determined and that can work for me or against me. My choice. In the case of medical issues, sometimes I don’t see the choice. I feel like I’m stuck and have to keep on, and yet… there’s always some kind of help I’m not seeing. My attitude about the whole thing is something I can choose. I know that deep insights and clarity (and poems) often come to me through health problems, from multiple sclerosis to cancer, hernias to kidney stones, heart failure to extreme allergic reaction to poison ivy, depression to panic attacks, I’ve learned I can heal from most anything. We are all fabulous healers, though the form of that healing may not be what we expected. Think back to every scrape and bruise since babyhood. All gone, the body-mind-spirit is wondrous! I forget, and then I am reminded. I’ve also developed skills to support this healing (or at least get out of my own way). A daily energy balancing practice is one of them, reducing stress and remembering to breathe deeply. I consciously clear away emotional debris from each day, in kindness to myself—on the good days. How about you?

So here is Poem 7 from Thrown Again into the Frazzle Machine:   https://youtu.be/L5fGv8RKrY0