You don’t criticize a bud
because it is not yet a flower
or judge the speed of its opening
as too slow.
It is a bud,
nature in motion,
life in process.

And when petals first unfurl,
you don’t heap harsh words
on those virgin petals.
You wait with awe
and anticipation
that should all progress
according to design,
without harshness of influence
or environment—no early
frost or late freeze,
no fire or pest or disease—
that with one invisible push,
the mature bloom opens revealing
the hidden heart in all its glory.

From Letting Go and New Beginnings: A Mother’s Poetic Journey 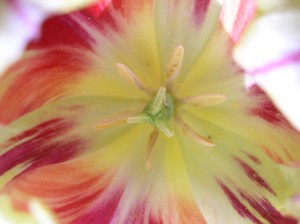 Some poems insist on being sent to the one who inspired them. I try to follow that impulse, but sometimes I lose track. My poem, “Ferlinghetti Speaks,” was one of those. It was written in 2002, but I didn’t send it to him until 2014.

The push to send it was his 95th birthday and the sense that time was running out to do it. Probably urged by my voice teacher, Kip, I emailed City Lights Booksellers (begun years back by Ferlinghetti in San Francisco) to see if that was the best address to send my poems inspired by him. The staff got back to me in 1 1/2 days: “Yes, if you send them c/o the store, they will be passed on to him. Thanks.”

Encouraged, I wrote a short letter and mailed it with the two poems (the one below included). I did not hear back, but that wasn’t the point. I did what I felt strongly I wanted / needed to do and that was enough. I wanted to tell someone that they inspired me, that who they were or what they did or wrote mattered, enough to take my time to tell them.

I felt so strongly about this, wanting to avoid regrets, as alluded to in this poem, because of previous experiences when I waited too long. So here is the second poem I sent to Lawrence Ferlinghetti, part of my honoring his passing.

no lie
until things settled down out of the long shadows
out back in the sun, back in touch
with the ground and the somewhere blue sky.

intimidated maybe
or not high enough on the crowded list
or waves of life knocking me flat sometimes.
You would think I’d learned after Vonnegut’s death,
and Susannah’s, how the good ideas, the kindnesses
left undone are the things later that haunt you
not every day, but sometimes.

From Thrown Again into the Frazzle Machine 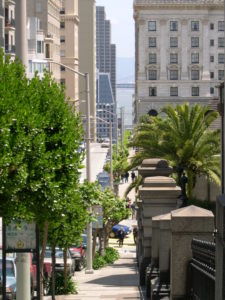 Inspired by an incredibly talented woman
(from Wei’s post)

An offering from my poetic journal. 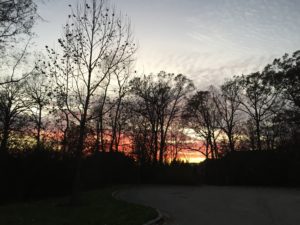 On the good days
what comes between here and there
the before and after, now and then
the necessary transition
the clarifying calm after the storm
the personal and the political
is messy but manageable

On the bad days
fear overrides all good instinct
kindness mistaken for weakness
brute control at any cost, manipulation
mistaken for power and yet…
even here in abject darkness
a sliver of light, or a crack

that lets light in or a smidgeon of hope
What kind of question opens the door
to the path, not laid out in advance
but created new under each separate footfall?
Why tell you this—or ask you
to consider not losing hope, not despairing?

We are each a dot in a context
a deliberate point in a pointillist painting
It is the context, the perspective
I offer for consideration

And we are each a universe entire
autonomous yet connected in a web
of strands seen by some, felt by others
maybe you are one, if what you once knew
when you came here has not been pounded down
If you can still recognize what is true:
We were made for these times

To remember, hold to beauty, inspire
Not as in human cold marble statues
of superficial shallow perfection
but embodied spirits, warmly human
unwitting gods of creation, fragile and powerful
at least a bit willing.

In looking for something else, I found this poem and realized I had not heard from my friend, Geary, in quite a while, since we had met for dinner at a favorite Thai restaurant. I realized I had not sent him the poem that came out of our conversation. I decided to email it to him to check and see if he was ok. He got back to me right away and had quite a story to tell. As he said, once again our lives were in parallel. Here is this poem for you too. What has inspired you lately? 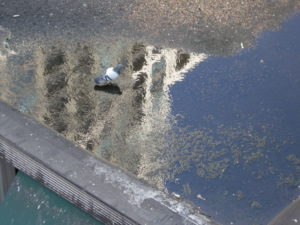