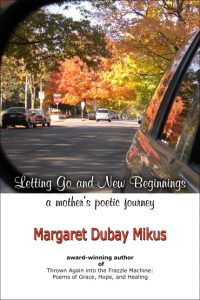 Shortly after we dropped our daughter off at her new college dorm she asked if I missed her. In response I sent her the 14 poems I had written to help me cope with her leaving. Later these poems became the seed that grew into my book Letting Go and New Beginnings: A Mother’s Poetic Journey.I also included the poems from when her older brother went off to college and photographs I took of the campus. I realized that when one phase of life ends, another begins and those poems are part of the story as well.

I thought it was finished in 2006, but more poems came when our two children returned home like many of their generation. All of us were adjusted to our separate lives and had to adjust to living together. And then, once again, the leaving.

It is a mystery why certain poems pop into my head years later, but this one has been quite insistent lately. Perhaps it is the opening lines…

For you, here is this poem from Letting Go and New Beginnings:

I cannot say why this is true
or when it began,
it feels like forever
my love.

So do me a great favor
and become…not less carefree
nor less careless,
nor even more careful,

for being full of care
is not it exactly.
Be more aware of your choices,
more in tune with your inner wisdom.

For you are wise
dear one.

And if I am selfish
and want you to stay with me
when it is clearly time to go,
forgive…

and go.
Call me when you arrive.
I will be waiting.

Photos of the Children

I refuse to be sad and helpless
as my only human choice
I refuse to be angry
burning to impotent cinders
when I see the children
lined up in orange rows
stripped of mothers, protectors
young innocents in cages
When I see freight cars
mentioned in titles
clearly to remind
I refuse to be hopeless
Every day, something…
some kindness, some donation
a call, a signature, a conversation
some antidote to poison
even to remember who I am
who we are
I have lived this long
and refuse the comfort of
numbness or amnesia
What is being cruelly done
to dismantle, to diminish,
to disturb, to disrupt
to lead to apocalypse, I refuse
to go along with that narrative
a story whose ending is yet unwritten
I cannot undo what is being done. I am one
I cannot re-weave what is deliberately torn
but we can, everyone
bring to this pot luck what gifts we can
We can keep each other
from cliff’s edge of despair
not soak in hatred and fear
We can transform the energy
we are immersed in into love
that unconditional endless food
undiminished by grasping greed
true power to heal…
yes, even this.

I responded viscerally to the photos of children, some quite young, taken from their parents who were trying to come into this country, many seeking asylum. Some children were in cages or lined up in orange prison garb or held inside a dark building. They had no legal representation, no one to speak for them. I had to write something or explode. 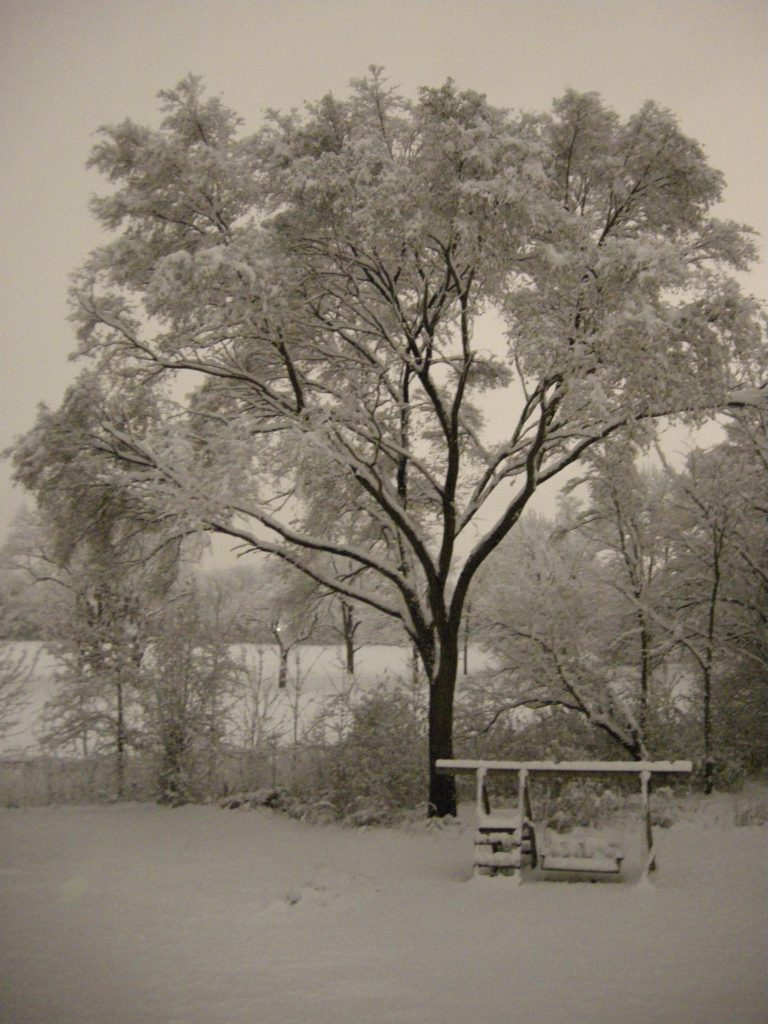 “…The top of the uterus is thick
as if just beginning to hold promise,

the bottom thinned to almost nothing
appropriate for her years.

What to say about this
top/bottom dichotomy…”

From “Where We Are in the Story?” in my book, “Thrown Again in the Frazzle Machine: Poems of Grace, Hope, and Healing.” Listen to the entire poem here: https://youtu.be/VnKSdeVNB1U

We are shaped by what happens to us, and what we do with that. Out of hardship may come an awareness of strength and endurance. We may learn to appreciate and be grateful when life goes more smoothly. We may develop compassion for others going through the same challenges and for ourselves when darkness comes again. As my sister said to me tonight, we are only aware of light in the darkness.

My mother was a nurse and when we were growing up she used medical terms to call parts of the body by their proper names. I have a Ph.D. in Microbiology and am familiar with using scientific language. These things, (and many others), are woven into the way I write. You can see the science influence more in some poems, like this one, than in others. The language is matter–of-fact and lacks any squeamishness, one facet of telling the story.

In my book, Letting Go and New Beginnings: A Mother’s Poetic Journey, I spoke to the emotional turmoil of our two kids leaving home for college. The upheavals and the adjustments gradually led my husband, Stephen, and me to our new life on our own. Then the economy collapsed and our son and daughter both ended up back home (while we were remodeling). We all had to readjust to living together—in the midst of chaos. The title of this poem came from the sound of my son coming home at night. How you may miss even those little things when they leave again.

“…their removal
will leave a hole…

From poem 30, “Ankles Cracking on the Stairs,” in Thrown Again into the Frazzle Machine: Poems of Grace, Hope, and Healing. Listen here: https://youtu.be/eWhEMcR35jY

Remind you of any time in your life?

Each day I don’t sit down and select which poem to read for you. I started at the beginning of Thrown Again into the Frazzle Machine and I continue reading chronologically…to tell the tale. Like all good stories there is a beginning, a middle, and an end. We are still in the beginning: getting to know the characters and the various “threads” that will be interwoven with the dramatic details into the overall narrative arc. This story is not just about external events of five years, but as close to actual life as I can capture: sublime sometimes, dark sometimes, messy and chaotic, or quiet and reflective, grieving or joyful, even funny sometimes. Being a mother is a major facet of my life.